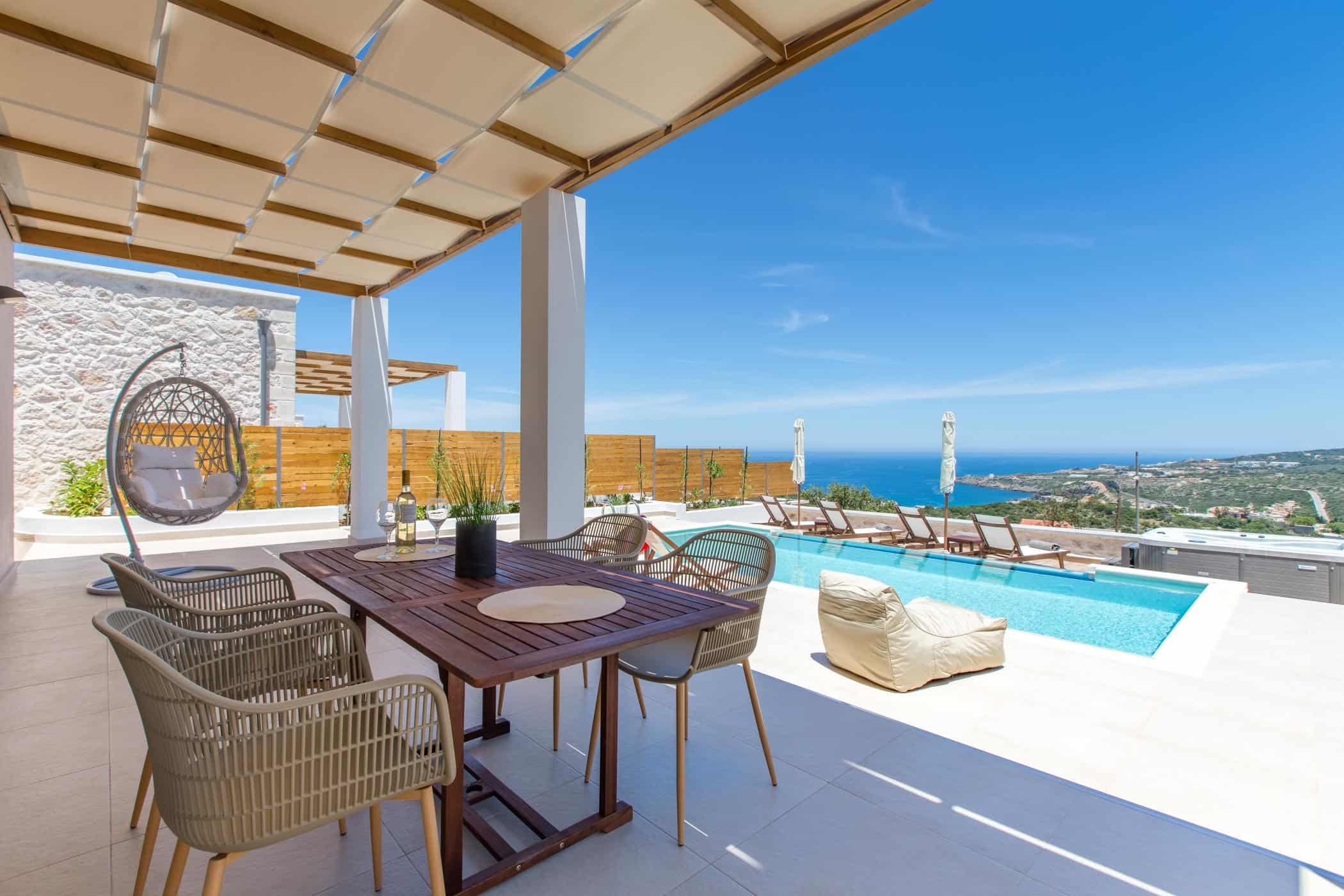 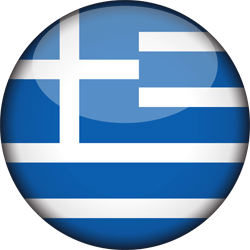 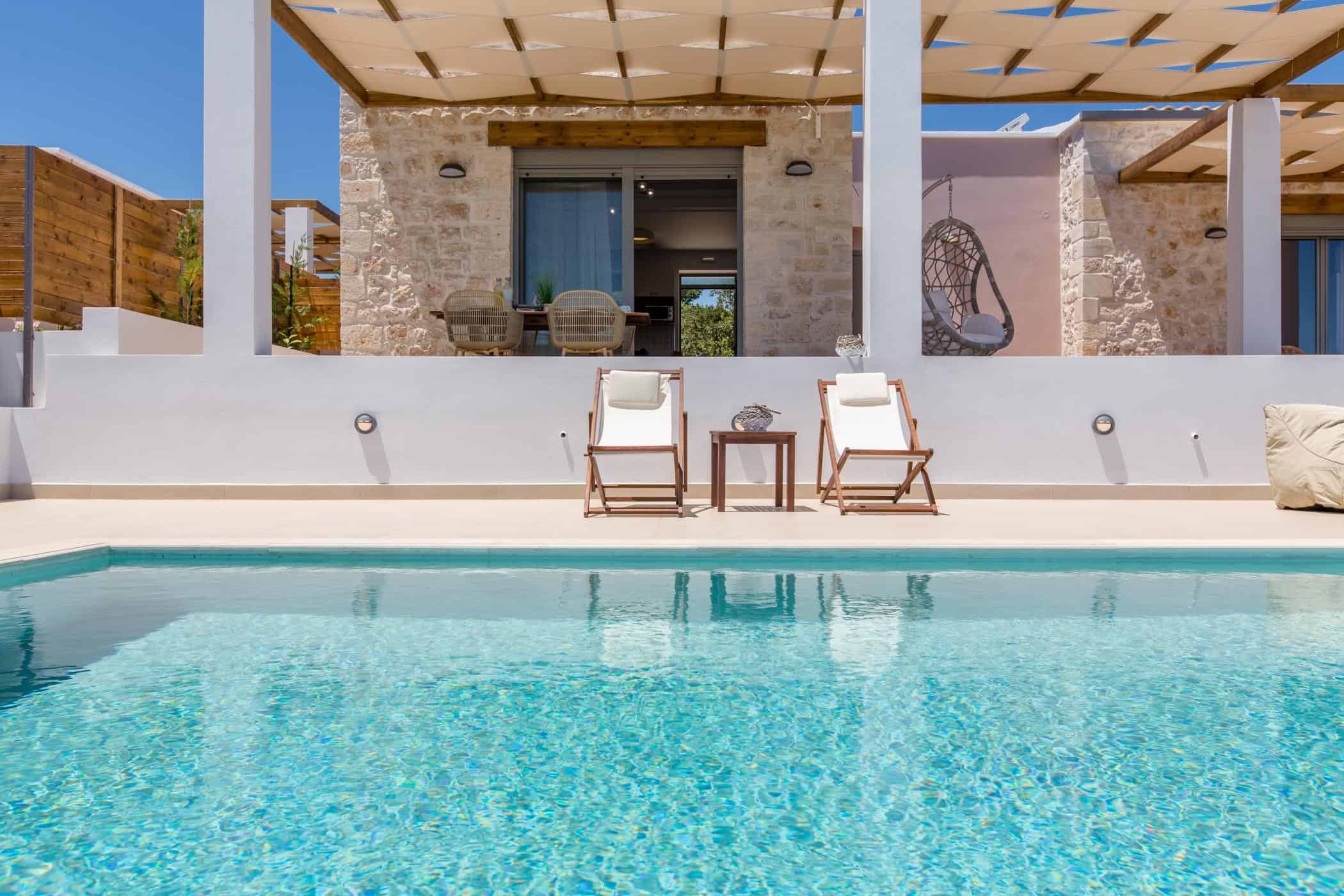 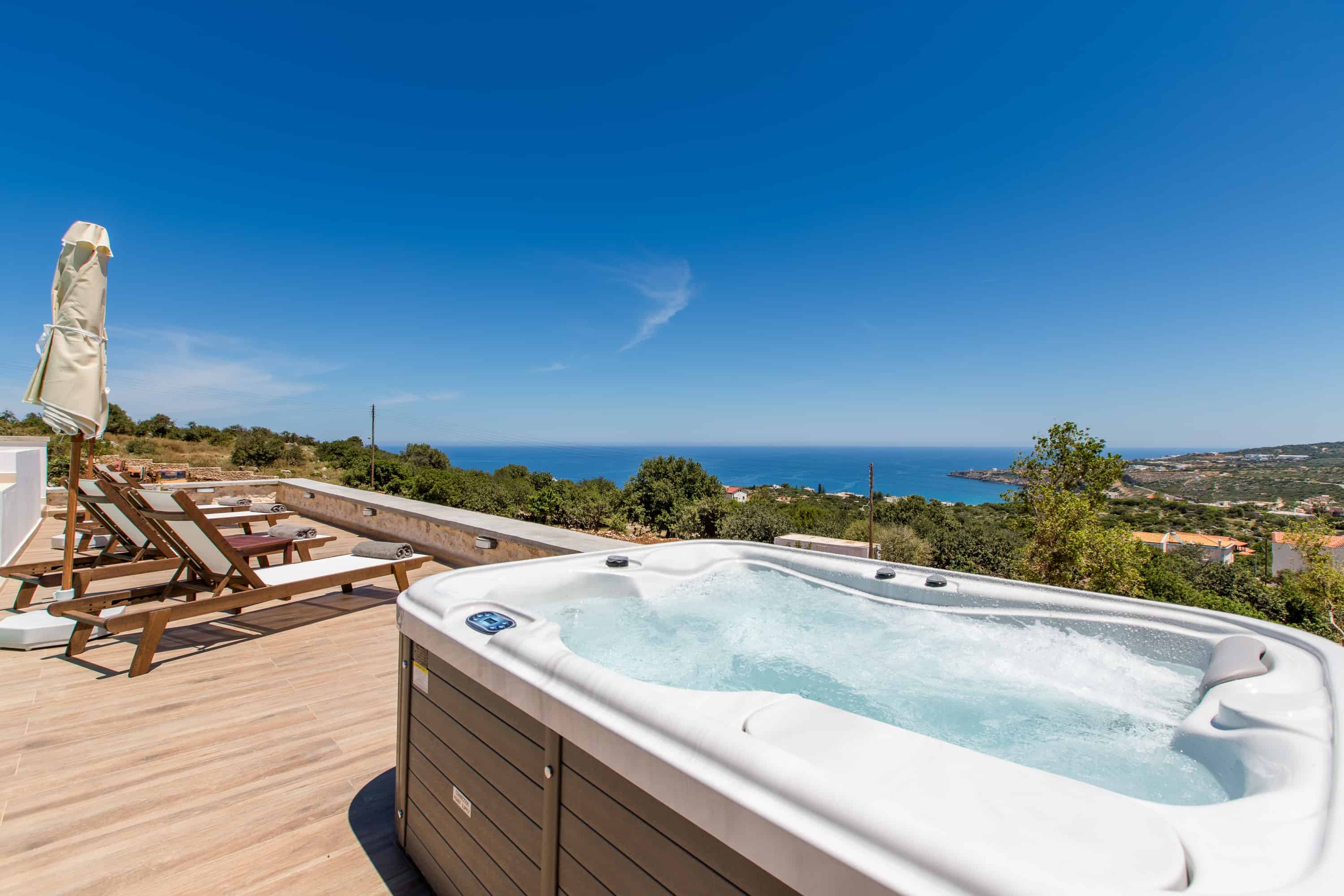 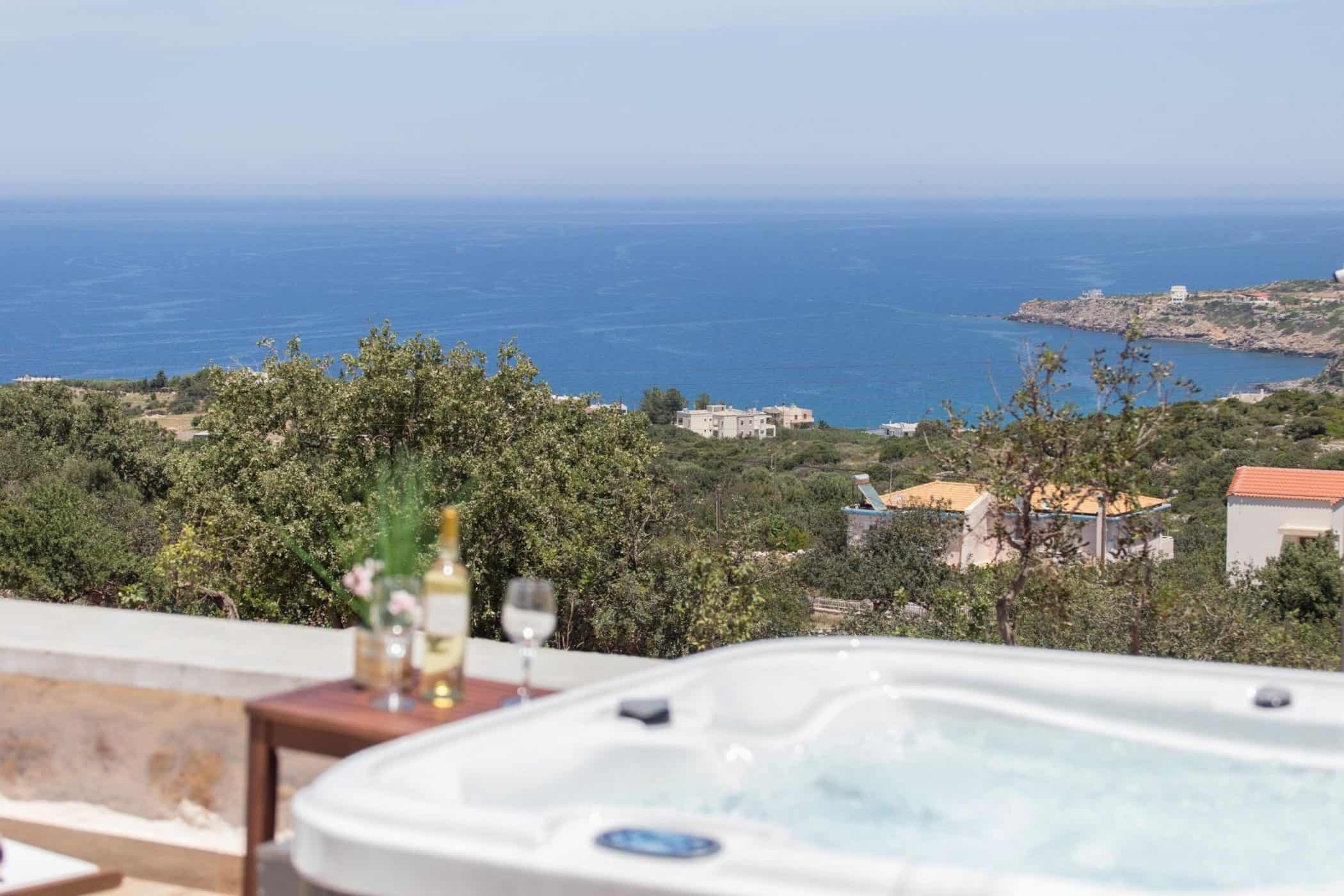 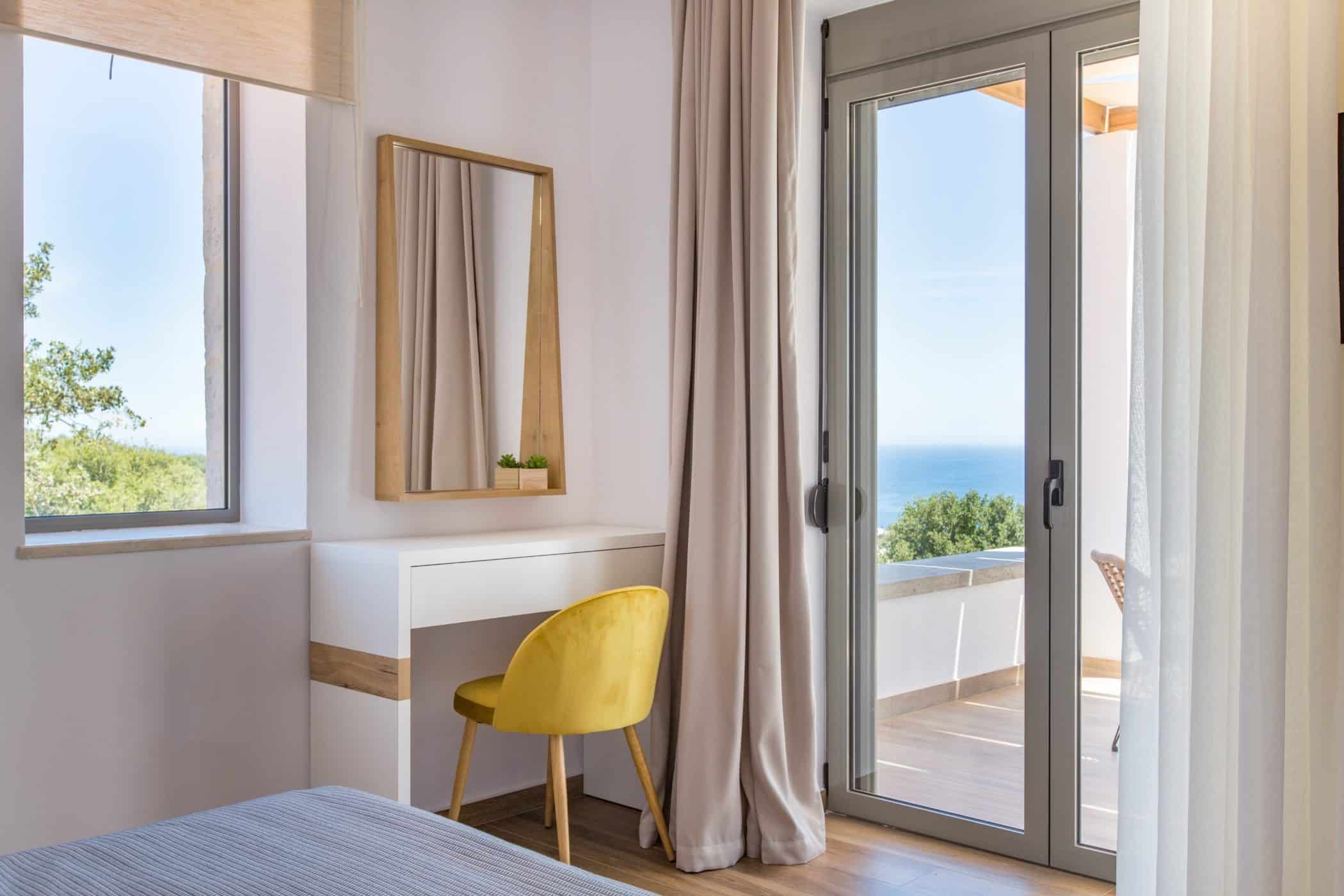 Stylish brand new villas inside and out

The Kallixeni Villas Collection consists of 6 similar structures situated on a gentle hillside overlooking the sea.

The private area is surrounded by handmade stone walls and contains mature gardens with numerous trees, flowers and other Cretan vegetation, where the villa’s names comes from.

The 180 square meters of exterior space of each villa feature:

a 24 square meters private infinity pool, a Hot -Tub for 2 persons with endless view to the sea, a Hammock or a swing, deckchairs, saizlongs and parasols and outdoor dining facilities for 4.

Experience the villa lifestyle in Crete

The Interior of each villas features a Bedroom with a king-sized double bed and an open plan area with a fully equipped kitchen, a dining area for up to four persons and a sitting area with smart TV

Availability is limited so BOOK NOW!

It is located 7 kilometers from Rethymno and a short distance from the new highway of Rethymnon-Chania, at an altitude of 90 meters. It took its name from the geranium (pump type), from which the inhabitants drew the water from the only well that existed in the village. It is surrounded by olive trees, although it is rocky, oak trees and carob trees. The traditional houses and the picturesque narrow streets are particularly crowded during the summer months by visitors who give a special liveliness to the village, without however being caught by the identity of the genuine Cretan village that faithfully adheres to the traditions and customs

In the cave of Gerani with the magnificent stalagmite decoration and the 6 chambers, archaeological research, besides three human skeletons, brought to light a number of bone and stone tools of the Neolithic age. Palaeontological material was also found that should belong to over one hundred endemic deer who should have died at the end of the Pleistocene era. The cave has in its six chambers, rich and thin stalagmites (stalactites, stalagmites, pillars, corals), but is generally not visited.

Beginning our description by the sea, Gerani is one of the most beautiful and clean beaches of the prefecture. As a beach it is not too big but it is also its beauty. It is a pebble bay and “rocky view” ideal destination for fishing.

The picturesque chapel of Panagia Kamariani overlooks the Cretan Sea and stands there like a Lighthouse that shows you the way to follow.

Leave us a message

Subscribe to our newsletter to receive the most updated offers!

By hitting subscribe you give your consent to receive correspondence (news, offers etc.) by email from Kallixeni Villas. You may withdraw your consent at anytime.